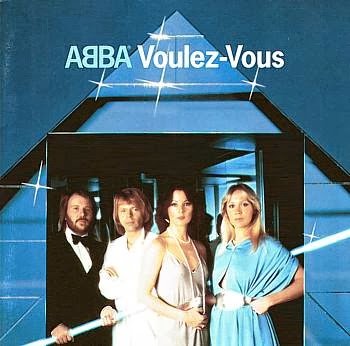 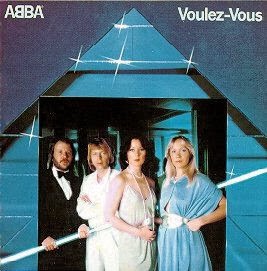 Mastertapes of the Voulez-Vous album

Voulez Vous photo shoot It took almost a year to record this varied LP. After the backing track of Lovers (Live A Little Longer) was recorded, much time was spent on songs the boys weren't satisfied with such as 'Just A Notion' and 'Dreamworld'. Björn and Agnetha's marriage stood under pressure and this must have affected the recordings in a way. Some songs were written before the divorce early 1979 and some after that. Björn and Benny got more inspiration for Voulez-Vous after the two had been to the Bahama's and Miami. (Read more about this two-days session in the article about engineer Tom Dowd).The final product consists of songs varying from rock to reggae.

Lovers (Live A Little Longer) (working title: Horn Per):
Backing track on 25 April 1978. Percussion overdubs on 5 June 1978.
This was the first of a small but notable series of 'funkier' recordings that would put a special mark on the resulting album. "We have often had problems with that, because it's so European to be 'square', and it has been been like that from the baroque era onwards", says Benny. "Not that a composer like Bach is exactly square, but there certainly isn't any blues or jazz in it, nothing that comes from black music. It's hard to try and achieve something that is outside of your own tradition, atlhough I think that we managed to get around that problem on songs like 'Dancing Queen' and 'Knowing Me, Knowing You'. The idea for the lyrics to 'Lovers (Live A Little Longer)' came from a magazine featuring that Björn had read. The headlines actually was 'Lovers Live Longer', the story being that "song physician had made (the) discovery...that love's a longevity factor", as Björn's lyrics eventually put it. (taken from the book The Complete Recording Sessions by Carl Magnus Palm) 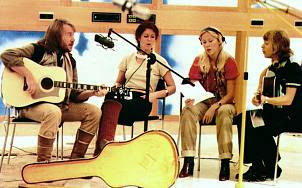 ABBA recording in the summer of 1978

The King Has Lost His Crown (working title: Belsebub):
Backing track on 17 August 1978.
More work on backing track on 18 August 1978.
Two mixes on 8 September 1978.
Oboe and string overdubs on 21 September 1978.
Final mix on 22 September 1978.
This song was composed on Vigssö," remembers Björn. "When Benny and I had finished writing it, we were so pleased with ourselves that we took the rest of the day off and went away in Benny's boat." (taken from the book The Complete Recording Sessions by Carl Magnus Palm) 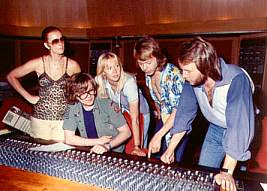 If It Wasn't For The Nights (working title: Pandemonium):
Backing track on 25 October 1978.
Horn overdubs on 4 November 1978.
String overdubs on 8 November 1978.
Mixing on 19 December 1978.
New backing track with 'Foxy' musicians on 1 February 1979 in Miami U.S.A.
3rd mix on 23 March 1979.
This song was supposed to be performed at the Unicef Gala, January 1979 instead of Chiquitita. 'It's definitely a very good song," says Björn. "I remember that we worked a lot on the ways the girls sang the chorus. It was crucial that they hit the notes in a certain way, or it would have ended up a much stiffer track." The backing track made in Miama didn't out to well, because the song has so many peculiar chord changes in the verses, and I think that I made it hard for the musicians present at that session to get into a groove like they were used to," says Benny.

Angeleyes (working title: Katakusom):
Backing track on 26 October 1978.
Horn overdubs on 4 November 1978.
String overdubs on 8 November 1978.
Three mixes on 9 November 1978.
Final mix on 10 November 1978.
According to Benny, this breezy track almost didn't make it on the album. "As I remember it , we had run it through in the studio earlier, and felt that it wasn't that good. Then, when we started getting cold feet over 'Just A Notion', we thought that maybe 'Angeleyes' wasn't to bad after all, and made a recording of it. Most people would indeed agree that the song, subsequently released on single, was not '"so bad", although Björn today says that he's "not that proud of it", and does not even consider it worthy on the album! (taken from the book The Complete Recording Sessions by Carl Magnus Palm)

In The Arms Of Rosalita: Backing track on 4 December 1978.
A first attempt at recording a backing track for Chiquitita. The arrangement of this backing track was much too heavy to suit the melody. Frida and Agnetha shared the lead vocals on this first attempt, but when the song turned into 'Chiquitita on 13th December, Agnetha took the more prominent role. An interim version of the song with different lyrics, entitled 'Chiquitita Angelina', was also recorded along the way. (taken from the books The Complete Recording Sessions and Bright Lights Dark Shadows by Carl Magnus Palm) 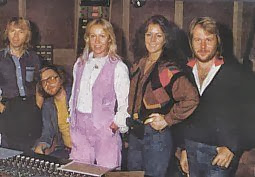 Chiquitita (working titles: Kalsupare and Three Wise Guys):
Backing track on 13 December 1978.
Guitar overdubs on 14 December 1978. On this day a more Spanish-flavoured backing track was completed. Apparently, at least two other complete sets of lyrics were tried out before Björn settled on the final version. (taken from the book The Complete Recording Sessions by Carl Magnus Palm)
Overdubs Spanish vocals in 8 March 1979. 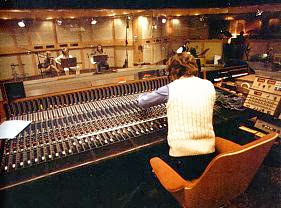 Does Your Mother Know (working title: I Can Do It):
Backing track on 6 February 1979.
Sax overdubs on 12 February 1979 (this track was used for the special 'ABBA in Switserland'.
Mixing on 1 March 1979.
Final version for the Voulez-Vous album on 27 March 1979.
A daring tribute to cross-generational flirting in big city nightclubs. Like 'Voulez-Vous', 'Does Your Mother Know' was a disco track when it was released, but on 6th February it was more of a boogie-rock stomper, and a full 30 seconds longer with an introduction building up with drums, bass, piano, and then guitar. "We had seen Rod Stewart in concert in Leicester in December" remembers Ola Bunkert, "and his drummer Carmine Appice did some drumming which I thought was kind of cool. When we were to record 'Does Your Mother Know', Benny asked my to do some solo drum bars for the intro, and then I remembered what Appice had done, and sort of copied that. I liked the fact that the song would start with drums only, because that was a bit unusual for ABBA. and I was a bit disappointed when they eventually cut that from the track." Also several attemps were made to record the song with Agnetha and Frida on lead vocals instead of Björn. "I thought the song was a potential hit , and we really were a bit reluctant to have me as the lead vocalist on a single, says Björn. "For song reason, I sang it anyway, and I think that was a big mistake. The recording would have benefitted from focussing more on the girls' voices." (taken from theThe Complete RecordingSessions book by Carl Magnus Palm)

Kisses Of Fire (working title: Tidernas Blasning):
Backing track on 7 February 1979. This track was composed on the Bahama's in February 1978.

As Good As New:
Backing track on 14 March 1979.
String overdubs on 27 March 1979.
Mixing on 29 March 1979.
One of the typical uptempo disco-era ABBA pop songs, featuring an interesting contract between the 'squarish' European string arrangement and Janne Schaffer's funky guitar riff. (taken from the book The Complete Recording Sessions by Carl Magnus Palm)

I Have A Dream (working titles: Take Me In Your Armpit and I Know A Song):
Backing track on 15 March 1979.
String overdubs on 27 March 1979.
Björn: I have a dream was an attempt to modern folkore with that kids choir. We have doubted long whether we would use that choir or not, and we were aware that critics would pick on us for that with the trends of the time. We didn't care and we did it. The choir goes well with the Italian-like melody and the lyrics sound positive.


Worldwide single releases with tracks from this LP: 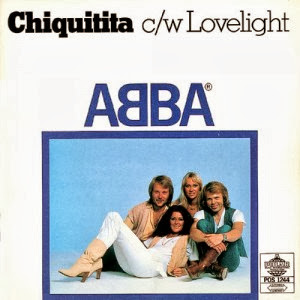 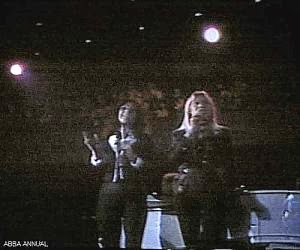 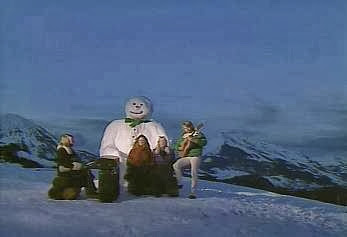 April 5/6, 1979: Does Your Mother Know at the Europa Film studio in Stockholm. 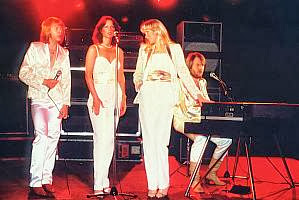 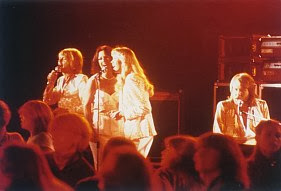 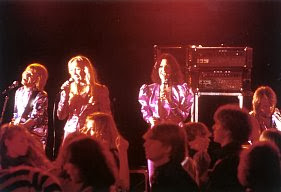 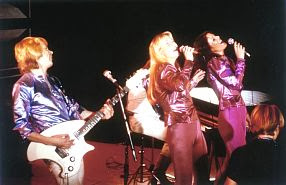 Those responsible for the visual side of the group picked up on the disco vibe. Lassse Hallström's video's for 'Does Your Mother Know' and 'Voulez Vous' , Both went for a club atmosphere with ABBA perfoming in front of a dancing audience. (taken from the book Bright Lights Dark Shadows by Carl Magnus Palm)
November 1979: I Have A Dream (live recording from Wembley concerts). 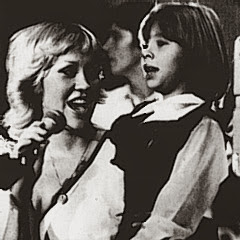